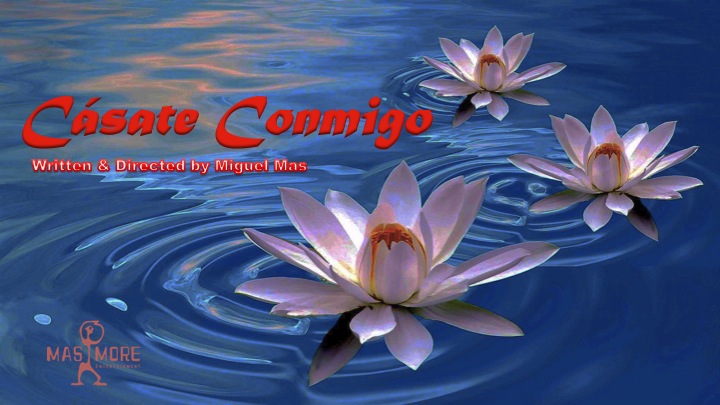 Cásate Conmigo –Marry Me- opens a new dimension on a mother’s unconditional love as well as the love her child feels for her in return; all the while inviting us to stop and wonder about the nature of our own true love…who our soul mate really is. Cásate Conmigo -Merry Me- starts when Antonio, the son, decides to accomplish one of his dreams: taking his mother to an unforgettable trip, reflecting that union between a mother and a son. This way, Araceli closes lost instants of her life. The Mother goes on a trip to visit her son… and sees his life and who is living with him, his lover Daniel. The trio discovers other places in the world, before she past away.

“In one voyage, different circles are opened and closed which help to end one life and continue another…”

CASATE CONMIGO IS A FEATURE FILM PROJECT.
COMEDY-DRAMA. PRESENT TIME.
IT WILL BE SHOTTING IN THREE COUNTRIES.
IT WILL BE AN APPROACH FOR HUMAN RIGHTS. 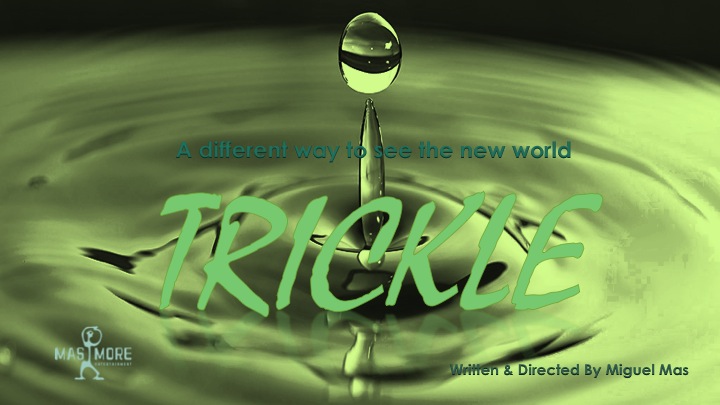 TRICKLE is a fascinating trip of love with a poetic fragrance. Angel goes through this sensation of knowing that he is alone because he wants to, his body feels like it, and his heart admits it. All begins and ends with refreshment, with a drop. Makes him understand the power to know how to be patient…till the technology gets into his hands and receives and e-mail in a form of a poem.

“A fascinating trip of love in a poetic message. A road that makes romanticism alive…”

TRICKLE IS A FEATURE FILM PROJECT.
FANTASY-DRAMA. PRESENT TIME.
IT WILL BE A POETIC IMAGINATION ADVENTURE IN A SURREAL WORLD. 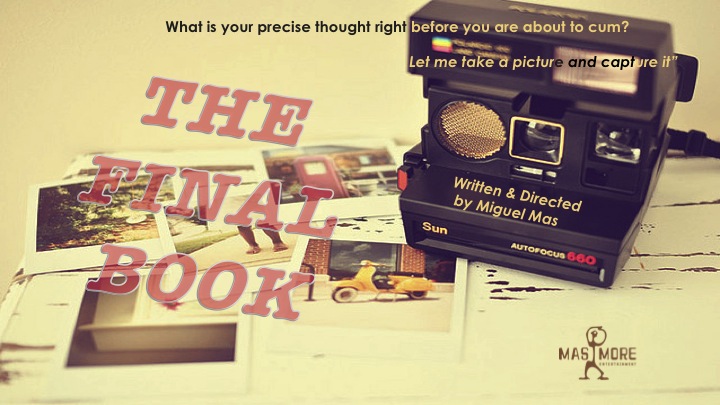 THE FINAL BOOK IS A FEATURE FILM.
DARK COMEDY-TRILLER. PRESENT TIME.
IT WILL BE AN IMAGINARY SEXUAL ADVENTURE 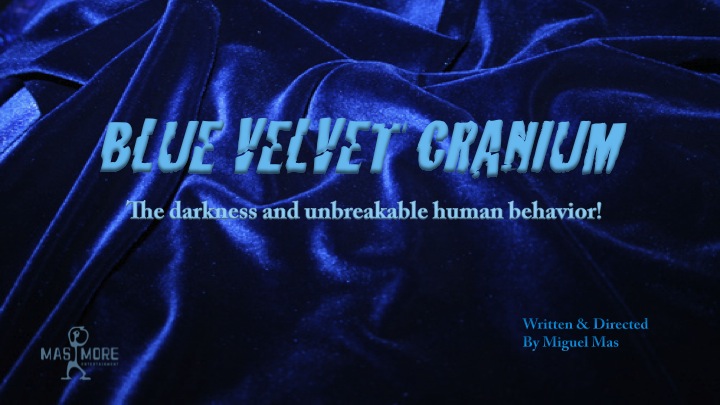 BLUE VELVET CRANIUM is a story of two straight brothers with an interesting change in their lives, connected to two drag-queen’s brothers. Their mother watches all their movements, feeling guilty for the result of their choices. The understanding of darkness and unbreakable human behavior with live flesh of solitude.

“Two straight brothers with a twist, connected with two drag-queen’s brothers. A mother afraid to go outside forces her sons to tell a new story every day”

BLUE VELVET CRANIUM IS A FEATURE FILM IN ENGLISH.
DARK COMEDY-DRAMA. PRESENT TIME.
IT WILL BE A PSYCHOLOGICAL HUMAN TRANSFORMATION. 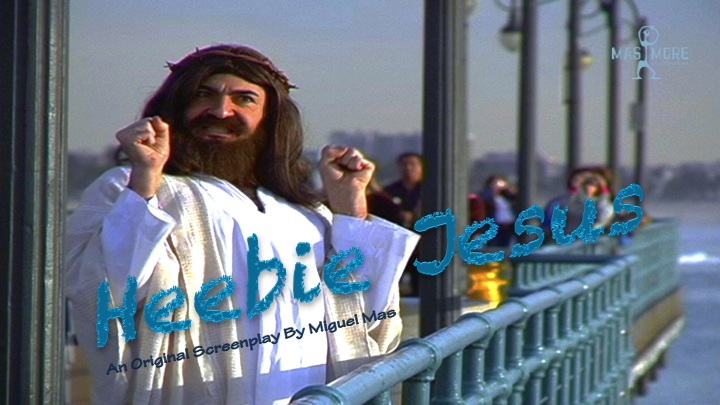 AMANDA COOPER, Caucasian, a religious history researcher and writer, independent business woman, speaks with an air of confidence in her soft southern accent. It has been several years since the bus accident involving a man who looked curiously like Jesus Christ and Amanda has maintained a fascination with his disappearance and rumored return. AMANDA now has been presented with a “once-in-a-lifetime” opportunity to satisfy not only her own curiosity, but that of the world. This opportunity is HUGE, so huge in fact, that it may well be the most important interview of her career and she has only three days to accomplish it!!!
Her investigation takes her to Alberobello, Puglia, in Italy, a house occupied by STEVEN, a very intelligent American technology geek, and DIANA, a Japanese-American woman. They both moved to Italy after collecting STEVEN’s grandmother’s inheritance. Bonded by their hippie lifestyle, and weed smoking preponderance enhances their relationship. They communicate telepathically with their house guest, Jesus, and there is no verbal communication between JESUS and the two hipsters… until the end.

AMANDA uncovers many things during her quest to interview JESUS and during the process a strong bond is formed between all four of the main characters. Flashbacks will explain how JESUS was hidden until now. Dr. BRIAN SKINY is an MD who has done extensive tests including brain scans on JESUS after his accident. He knows all test show unique anomalies which confirms, in the doctor’s mind that this is a very unique man! Why is he so different? Are there other people who want to obtain this information? Could the Vatican be one of them?
Meanwhile, JESUS has discovered the internet and his behavior changes. He now understands the connectivity of the world!!! He learns he has fans! Now they can connect in ways that are much simpler. STEVEN uses his tech skills to set up their home the latest internet gadgets, cameras, and modems to enhance communication between JESUS and his fans. Emotions between them all run the gamut, but there is always dancing!

There are many surprises, including JESUS’s final contact with ALIENS which will open up a whole new set of questions! How does AMANDA react to all of this? Will she complete her novel? Will JESUS return home?

“Is Jesus Christ ready to return? Returning now would certainly provoke some thought as well as skepticism” 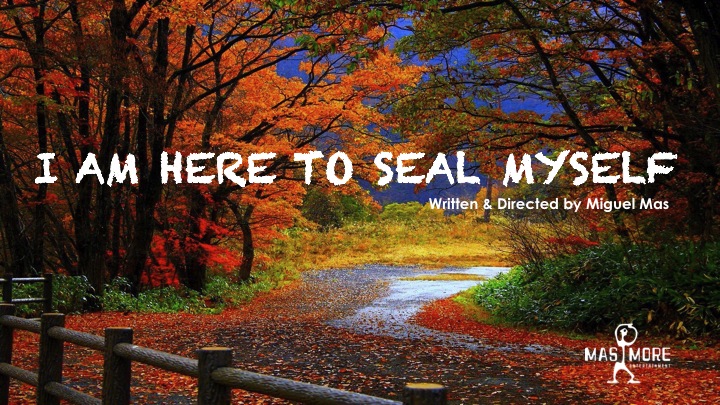 We see a cabin by a mountain where we can perceive a different energy. There is an atmosphere created by the indigenous people and their sacred religion. A young woman that looks like she’s had a frustrating past arrives in this place. It’s Valeria. As she is writing in her journal about her determination to change her life and “cleanse” herself of everything she has been through, she decides to get comfortable in the cabin that has been assigned to her.

The bell rings and two men appear, Ramiro and Sergio, along with a young girl of their same age, Cintia, accompanied by a dog, Rammy. They seem lost. Valeria decides to let them in with a bit of distrust but she feels that she must accept the new things coming into her life. They all come in. Their character allows them to get comfortable with each other quickly. Soon that confidence takes them to talk about their childhood. The wind whips and the noises of the past settle in the cabin haunting them by the minute. Once their confessions are made, the indigenous hosts show up performing a ritual around the cabin where the young Cintia and the dog manifest themselves as spirits. A traditional dance surrounds them. Valeria and her friends initiate their own act of love.

While they dare to reveal the secret that torments them, we see in the form of a documentary the people who abused Valeria, Ramiro Sergio and Cintia. Sebastian, a documentary film director, descendant of indigenous people, feels the need to make his documentary in his sacred land interviewing 4 people: Juana, Agustín, Pedro and Dante; who have abused, mistreated and raped children. The union of these four young people, together with their strength and courage, will lead them to face death to obtain something that was totally forbidden: Their freedom.
Based on true events.

I AM HERE TO SEAL MYSELF IS A FEATURE FILM IN ENGLISH.
DRAMA. PRESENT TIME.
IT WILL BE A PSYCHOLOGICAL HUMAN STORY. 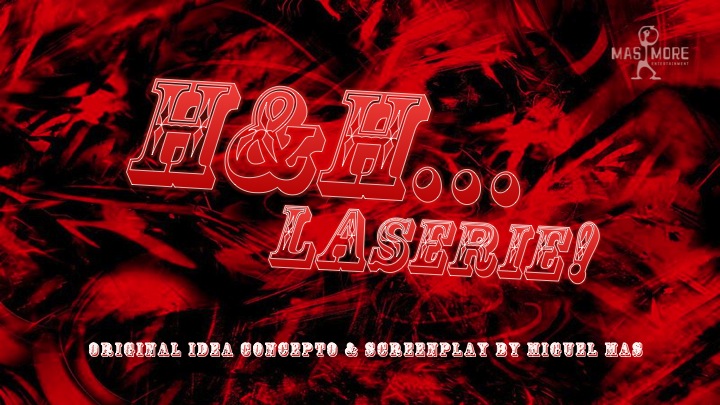 From a bird’s eye view, we slowly descend into a colorful topography revealing the metropolis of Los Angeles in the not-too-distant future. Deeply saturated color and a serpentine camera create the fantastical 3-dimensionality of a video game. We begin to distinguish buildings, trees, streets and cars. We hear the noises of traffic. A splendid summer sunset illuminates the city coming into focus. From street level our eyes are drawn upward towards a light coming from the balcony of a tenth floor apartment. A dove awaits. Instantly we are inside. We move through the hallway of a warm, inviting, tastefully decorated Art Deco style apartment. We see JOSE, 32 years old, tall, good- looking, dark hair, light skin. He is lost in thought as he unpacks. His face shows a sudden resolve and confidence as he goes to the telephone. So begins this provocative series.

H&H -HOLLYWOOD & HIGHLAND- represents a microcosm of a modern city through four main characters who come together as roommates under the roof of a shared apartment. Week after week we are entertained by the ironies of an unfolding psychology of city and citizen alike.

GABRIEL emerges as the protagonist of the series as he assumes leadership through his role as a psychologist to the would-be “stars”. Each episode moves toward the finale of a grand Theatre spectacle which JOSE eventually produces with GABRIEL’S support.

Distinct cultures, personalities, values, and lifestyle choices clash and unite as the four make the best of convenience and necessity in this ultra urban reality.

H&H -HOLLYWOOD & HIGHLAND- as seen through the idealistic eyes of our four leads, portrays Los Angeles as a “kinder, gentler,” cosmopolitan environment. An exceptional subway system reflects a clean and efficient city! This youthful perspective is sharply contrasted by the “reality check” of the supporting characters.

The unique viewpoints and situations of H&H -HOLLYWOOD & HIGHLAND- will be presented through a refreshing hybrid of comedic and dramatic elements realized through a stimulating visual style: Tarantino meets “Queer As Folk” = NIP TUCK + DEAD LIKE ME. Fast-action, slow-motion, elements of animation, etc. will be utilized to exaggerate and comment on characters’ subtext, emotional states, fantasy, memory, etc.

H&H -HOLLYWOOD & HIGHLAND- will engender a deeper understanding and appreciation for the rich diversity and contradictions of the contemporary reality known as Los Angeles.

H&H -HOLLYWOOD & HIGHLAND-, the pilot presentation in episodes one and two, takes place in present as well as the future. The initial non-linear format will suggest the subsequent development of the series: the unfolding psychology of the city and its inhabitants. After the third episode, the series will maintain a linear format in present time. At this point, the set-up of the show has been established: the four roommates have met and come to live together under the same roof in the Lara Building at Hollywood & Highland.

H&H -HOLLYWOOD & HIGHLAND- Project’s goal is to shoot simultaneously in English and Spanish to cover both markets, also to lower the budget. 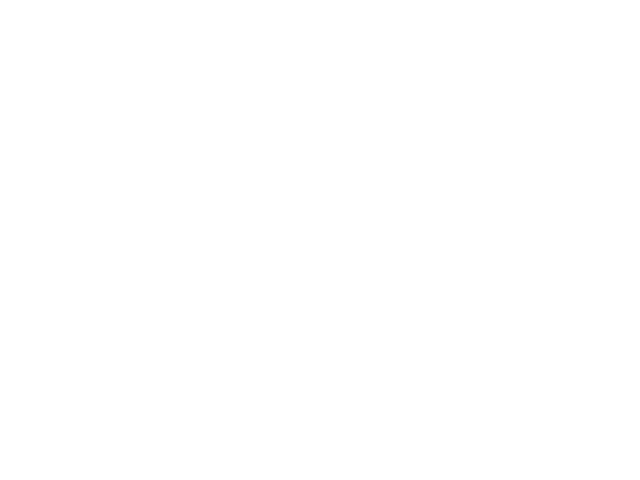 Mas & More Entertainment is an independent production company that specializes in developing and producing strong character-driven feature films that will appeal to both the domestic and international market.